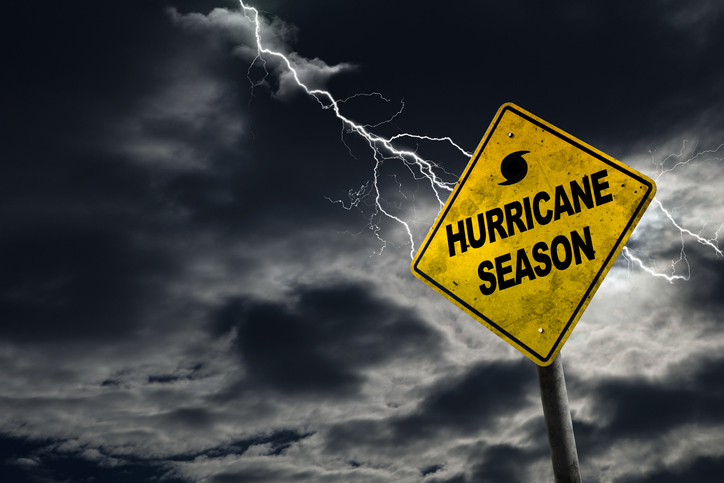 The 2022 Texas Hurricane Season Has Started!

Can you believe it? The 2022 hurricane season began only just a few days ago. And already there are two potential storms forming in the Atlantic Ocean and Gulf of Mexico. Luckily, neither of these threatens Texas. However, they serve as a reminder to everyone in Texas to prepare for a long and powerful hurricane season. With high electricity demand this summer, the Texas grid could be flooded with troubles. That’s especially true as the National Oceanic and Atmospheric Administration (NOAA) is warning of an above normal season. In some ways, it already resembles the Hyper-Hurricane Season of 2020.

How Many Hurricanes Will There Be?

The Atlantic Hurricane season runs from June 1 to November 30. However, tropical storms can form before or after these dates. In fact, not long ago meteorologists discussed whether to move the start date up to May 15. The other weather services announced their hurricane predictions for this year back in April. And while some have not yet issued updates, it’s clear that NOAA’s forecast range appears to favor slightly more storms. That means we could see:

Why So Many Hurricanes This Year?

To begin, it helps to understand hurricanes form when warm, moist air over the ocean rises and spirals into an organizing low air pressure area. Ultimately, they become giant columns that pull heat in from below and blow it out at the top. This is why they form over very warm water where there’s little or no wind.

Right now, the Atlantic Ocean is full of warm water. Back in May, SSTs from the Gulf of Mexico all the way to the west African coast were between 79 and 82°F. That same area has warmed up to mostly around 82°F with some spots rising up to 86°F. Warm 68°F water has also stayed off the Jersey Shore, spreading eastwards to Portugal. So, not only is there already abundant warm water in place, it’s likely that sea surface temperatures will drift even higher between now and August. Hurricanes tend to form when the SSTs are at least 80°F (26.5°C) down to a depth of about 150 feet. (46 m).

As mentioned, when a tropical storm forms, the spiral of a low air pressure works best if it can stand straight. This way, it can pull in heat and moisture more efficiently. In this way, they’re sort of like the flame on a birthday candle.

Wind shear describes winds that blow up or down at a steep angle. And when a tropical storm gets hit with wind shear, the wind distorts the storm’s nice vertical column. The whole storm column can move out of alignment and start tilting. The more tilted the storm column gets, the harder for the storm to move heat and stay organized. It’s sort of what happens when you blow at a birthday candle. When the shearing becomes too much – pfft — out goes the storm.

As mentioned in our May blog post, the Pacific Ocean is currently going through a La Niña or cold phase in the El Niño Southern Oscillation (ENSO) system. La Niñas (and ENSO Neutral to a lesser degree) usually bring calmer wind patterns over the Caribbean and Gulf. That means that tropical storm systems moving over warm ocean water are less likely to be blown out like birthday candles.

However, NOAA’s hurricane forecast differs from previous predictions because the current La Niña is now expected to last longer. NOAA now forecasts that La Niña conditions will continue through the summer but instead of weakening, it could strengthen going into fall. That means the chance for less wind shear will continue as the hurricane season peaks in August and September. And that increases the chance for more hurricanes in the Atlantic.

Why So Few Texas Hurricanes Now?

As other predictions mentioned, the west African monsoon trough has formed just north of the equator and is funneling dry winds blowing off the Sahara out over the Atlantic. While this usually creates the ideal place for tropical storms to form, it’s not happening just yet. That’s because of the SAL, a huge cloud of dust and sand blowing off the Sahara desert.

The annual Saharan Air Layer (SAL) periodically forms between 5,000 and 20,000 feet up in the sky. The cloud deposits dust through out the western Atlantic, including Texas. Not only does the dust in this ultra-dry air add to wind shearing and may also absorb water vapor evaporating from the ocean but it also blocks sunlight from warming the ocean water. But while the SAL hampers the formation of tropical storms off the west coast of Africa, it usually peaks by the end of June and fades away by August.

However, as the SAL peak ends, chances increase for tropical storms to fire up off almost anywhere west of the African coast. And because the winds coming out of the Sahara are expected to stay strong, they will more likely form hurricane-building tropical waves once they move over the Atlantic Ocean.

Now, what’s particularly concerning here is that NOAA’s prediction makes it the seventh consecutive above-average hurricane season. While meteorologists have not labeled this sort of “above-average” storm activity as a new normal, they are keenly aware that coastal communities are facing increased risks for flooding and storm surges.

Your Texas electricity service could go out for hours or even days. With that mind, check out these valuable hurricane readiness resources that can help you prepare and stay informed when these powerful storm systems head towards Texas: